November 23, 2011
As someone born and raised in the city, I have a rose tinted view of the countryside; filled with gambling lambs, burbling steams and, as I increasingly explore further West... apples and cider. That said, sitting at a desk churning out emails and powerpoint and commuting with your nose in someones armpit makes for a rather unsatisfying existence. I realise that which ever way you look the grass is greener, but making a living from making something appeals, so I thought I'd dip my toe in the water.

In January I decided to to plant some trees (7) on a patch of land clinging to the side of a hill on the edge of Dartmoor. I've a mix of different varieties all native to the SouthWest. Once the nettles had been cleared and the trees planted they looked like a rather un prepossessing group of twigs but despite my ministrations survived their first summer.  They need to do a fair bit of growing and I'm still in the city escaping for an occasional weekend in the country but I'm hoping to make some cider and see where I go from there.

Last month we collected apples from gardens, crabs and hedgerows and pressed enough to fill a 30l container which is now bubbling away happily to itself and I hope not making me a lifetimes supply of vinegar.

it takes as long as it takes

October 19, 2013
We live in a busy world, and London is busy squared. Its amazing how easy you get used to things being on tap, I can buy Lemongrass from Thailand at 2am at the supermarket; people get properly angry if they miss a train and have to wait 2 mins for another; I can buy a pizza online and the website keeps me updated while someone one makes it for me and the brings it to my house (as if knowing what stage of production my pizza is helps with getting it to my door faster). But now I'm waiting. I have 70l of cider in my kitchen thats refusing to do much but sit there. Its weird how much it gets to you. I'm trying to restrict lifting the lid and peering inside or giving the containers an encouraging shake, but its hard. After all it should be doing something. It should have been doing something days ago. All the books said it should. The mighty internet said it should. It did last time I tried. 2 days ago one of the demijohns cranked into life and lazily started producing some bubbl
Read more 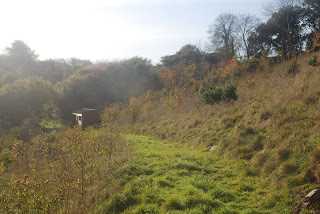 Year 7 Hanging in there

January 04, 2022
We start '22 largely as we started '21, newspapers rolling out a litany of depressing statistics and the threat of a lockdown looming large over us all.  However that dark cloud aside, from my point of view I've had a great year; loads of support from some great outlets adding The Other Cup in Newton Abbot as well as 'going national' thanks to the lovely people at Scrattings . As ever The Nobody In n down the road from the orchard, along with The Cridford Inn , the  Cider bar in Newton Abbot,  and Cafe Ode and T he Shipwrights Arms in Shaldon have been great. The wonderful A rt and Craft brewery continues to provide a London outlet for my Pet Nat.  COVID trapped me in the city last Christmas meaning I racked the bulk of the cider slightly later than I would have wanted. It felt so good to get down to Devon and into the shed. I left the cider on the lees longer than usual; until  the end of January although the results were good.  We had a cold end to spring/earl
Read more